Archival website
It may contain elements that are not accessible to a wide audience and in partricular to people with disabilities.
Conference programme
Book of abstracts (pdf, 895KB)
Guidelines for MSM2020 Participants (pdf, 47 KB)
Important messages from the General Chair

On behalf of the organizing committee, it is my pleasure to invite you to attend the 15th International Conference Mechatronic Systems and Materials (MSM2020), which will be held in Bialystok – the capital of the so-called “Green Lungs of Poland”.

The MSM conference is the well-recognized event with its professional background, high scientific level and great opportunity to exchange scientific ideas and research experience during many formal and informal meetings.

The international conference on Mechatronic Systems and Materials (MSM2020) is the 15th MSM conference, which brings together scientists from spectrum of mechatronic systems and materials and also other related to them, i.e. robotics and automatic control, industry 4.0, computer science, smart materials with biomaterials and applications, and related fields. The conference provides an intense multidisciplinary forum for professionals, researchers, students and experts disseminating the latest developments in mechatronic systems and materials.  Contributions may range from practical applications to theoretical aspects.

Similarly to the MSM2016, the conference organizers will encourage debates in a friendly atmosphere and a social offer with a one-day excursion to the breathtaking places in Podlasie region. I hope that beautiful views will bring unforgettable impressions and give you a chance to relax!

I look forward to welcome you in Bialystok on July 1 – 3, 2020 at the 15th International Conference Mechatronic Systems and Materials (MSM2020).

The 15th International Conference on Mechatronic Systems and Materials will be hosted at the Bialystok University of Technology located in the Bialystok city centre.

Bialystok is the biggest city in the north eastern Poland as well as the educational and economic centre of the region called “the Green Lungs of Poland”. The city is spread out, with numerous parks, forests, and squares. The specific cultural climate of Bialystok is mainly due to the centuries old multinational and multi-religious tradition. The whole region is dotted with Catholic, Orthodox, Muslim and Jewish temples. The attendees of the MSM’2020 will have an opportunity to visit the most important Bialystok tourists attractions such as the Branicki’s Palace, the Equerry’s House from the 18th century, the City Hall, the modern Philharmonic Hall and sacral buildings, such as the neo-gothic cathedral of the Holy Virgin Mary, the 19th century Orthodox Church of St. Nicholas the Wonderworker.

For more information about the city and the region please visit visitbialystok.com and wrotapodlasia.pl/en.

The attendees of the MSM’2020 are firmly invited to take part in the excursion: “The trail of the most breathtaking places in Podlasie”

The excursion will finish with a dinner at the ship cruise on the Augustow lakes.

1. Tykocin castle
The castle in Tykocin was reconstructed on the foundations of the 16th century royal castle of the King of Poland and Grand Duke of Lithuania Sigismund II Augustus. Tykocin castle played an important role in Polish history. Poland’s highest award, the Order of the White Eagle was established, and much of the national arsenal was kept here. The site of 4 battles, the castle was ultimately damaged in the 18th century. In 2002, the castle was rebuilt in its old form, using historical documents to ensure an accurate recreation. Visitors can enjoy a tour of the castle interior, through the castle’s vaults, halls, and cloisters and the castle museum.
Tykocin Castle
History of Tykocin Castle

2. The Biebrza river valley
The route goes through the Biebrza river valley which is known for its Europe’s largest peat bogs and habitats for elks. It is a home to wolves, beavers and otter animals. The valley, with the unique variety of plants, birds and animals is a part of Biebrza National Park, which is the largest national park in Poland. The attendees of the MSM’2020 will walk on educational paths, climb watchtowers and observation platforms to admire beautiful Biebrza riverbed and nearby woodlands.
Biebrza National Park
Biebrzanski National Park

During the trip, the lunch will be placed in the heart of the Biebrza river valley (Goniądz, Bartlowizna restaurant).

3. Augustów
Augustów – a town surrounded by nine lakes and the vast Augustów Primeval Forest, which is one of the biggest forest complexes in Poland connected with the forests in Lithuania and Belarus. An aquatic capital city of a North-Eastern Poland, it is a perfect place for kayak rally, sailing, ship, catamaran or gondola cruises. Picturesque landscapes, clean air and water in lakes, relaxing pine-spruce forests, untouched nature and kind locals these are other attractions of Augustów. The attendees of the conference will take a ship cruise on the Augustów Canal and lakes through the canal lock in Przewięź and the Marian Shrine in Studzieniczna.
About Augustow
Augustow wiki
The excursions will finish with a dinner at the ship cruise on Augustow lakes.

The excursion is planned for one whole day. The return way to Bialystok goes through the towns: Sztabin, Suchowola, and Korycin. 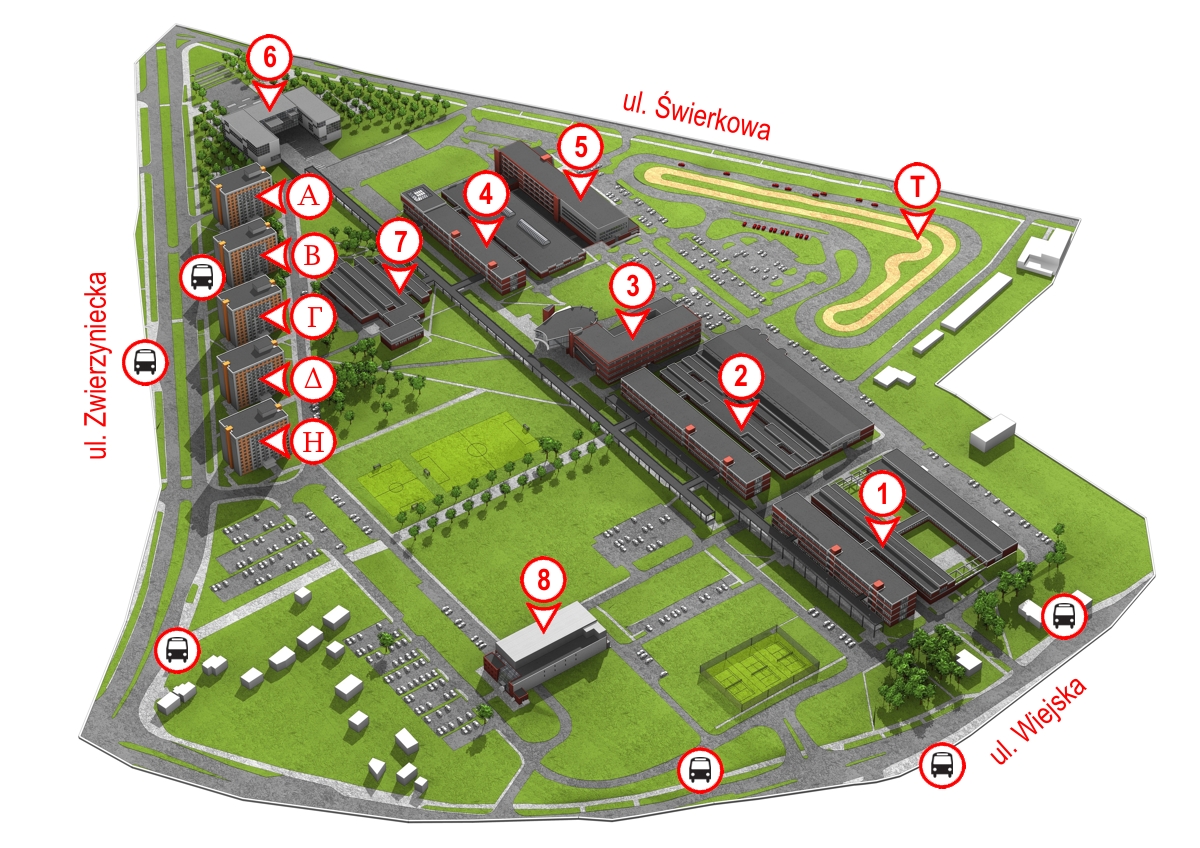 All papers submitted to MSM 2020 will undergo a peer-review process that will be managed by the Organizing Committee. Each manuscript will be reviewed using a double-blind review policy, which means that the reviewer of the paper won’t get to know the identity of the author(s) and vice versa.

All accepted and registered papers will be submitted to the IEEE Xplore digital library.

Presenting authors of the accepted papers are required to prepare a presentation file with voice narration and then convert it into a video file. Please use mp4 video format. Only if you do not have such option, please use wmv format.

Please upload your video presentation no later than by June 15, 2020. The link for uploading your files will be given soon, here:
MSM2020 presentation.

PLEASE PAY ATTENTION THAT PAPERS NOT PRESENTED BY THE AUTHORS AS NARRATIVE VIDEO PRESENTATIONS WILL NOT BE SUBMITTED FOR INCLUSION TO IEEE XPLORE DIGITAL LIBRARY.

Best papers selected by the Scientific Committee will be published in one of the journals indexed in Web of Science:

Registration fee should be made to the following accounts:

The 15th International Conference Mechatronic Systems and Materials (MSM 2020) is organized by:

The history of KI and its relation to robotics

Iterative Learning Control: a status report and look ahead on algorithm development, experimental verification and applications

Systems and Control in the era towards Autonomy, experiences and what the future may hold

Information clause for participants of MSM 2020

According to article 13 of the Regulation of the European Parliament and Council (EU) 2016/679 of 27 April 2016 on the protection of individuals with regard to the processing of personal data and on the free movement of such data and repealing of Directive 95/46/EC (hereinafter referred to as GDPR) we inform that:

Please note that for each paper at least one author needs to be registered.

Fields marked with (*) are required

Submission of the copyright form to IEEE

Submission of the copyright form to IEEE

Submission of the copyright form to IEEE - id 69

Article title: Dynamic characteristics of a rope with a winder for powering UAV
Author(s): Zbigniew Kulesza and Daniel Ołdziej

New message from the General Chair

Due to the Coronavirus pandemic situation and travel restrictions, the MSM2020 Organizing Committee has decided to organize a virtual symposium giving the chance to the authors of accepted papers to present their recent research results. More information will be given in the future.

Authors of the accepted papers are required to prepare a presentation file with voice narration and then convert it into a video file. The presentation files will be displayed with the conference schedule in 1-2 July, 2020. More information is given in Paper publication.

Please do not hesitate to request guidance regarding the MSM2020 conference from our secretary - Dr. Roman Trochimczuk (msm2020@pb.edu.pl).

Important message from the General Chair

We confirm and assure all authors that all accepted and registered papers will be published as planned and will appear on IEEE Xplore. We understand that in current situation preparing the paper is more difficult. Therefore, the full paper submission deadline has been extended.

Please do not hesitate to request guidance regarding the MSM2020 conference from our secretary - Dr. Roman Trochimczuk (msm2020@pb.edu.pl).